Travel to Liberation of Bulgaria

Hey,  it’s Elza from Georgia and Omer from Turkey. 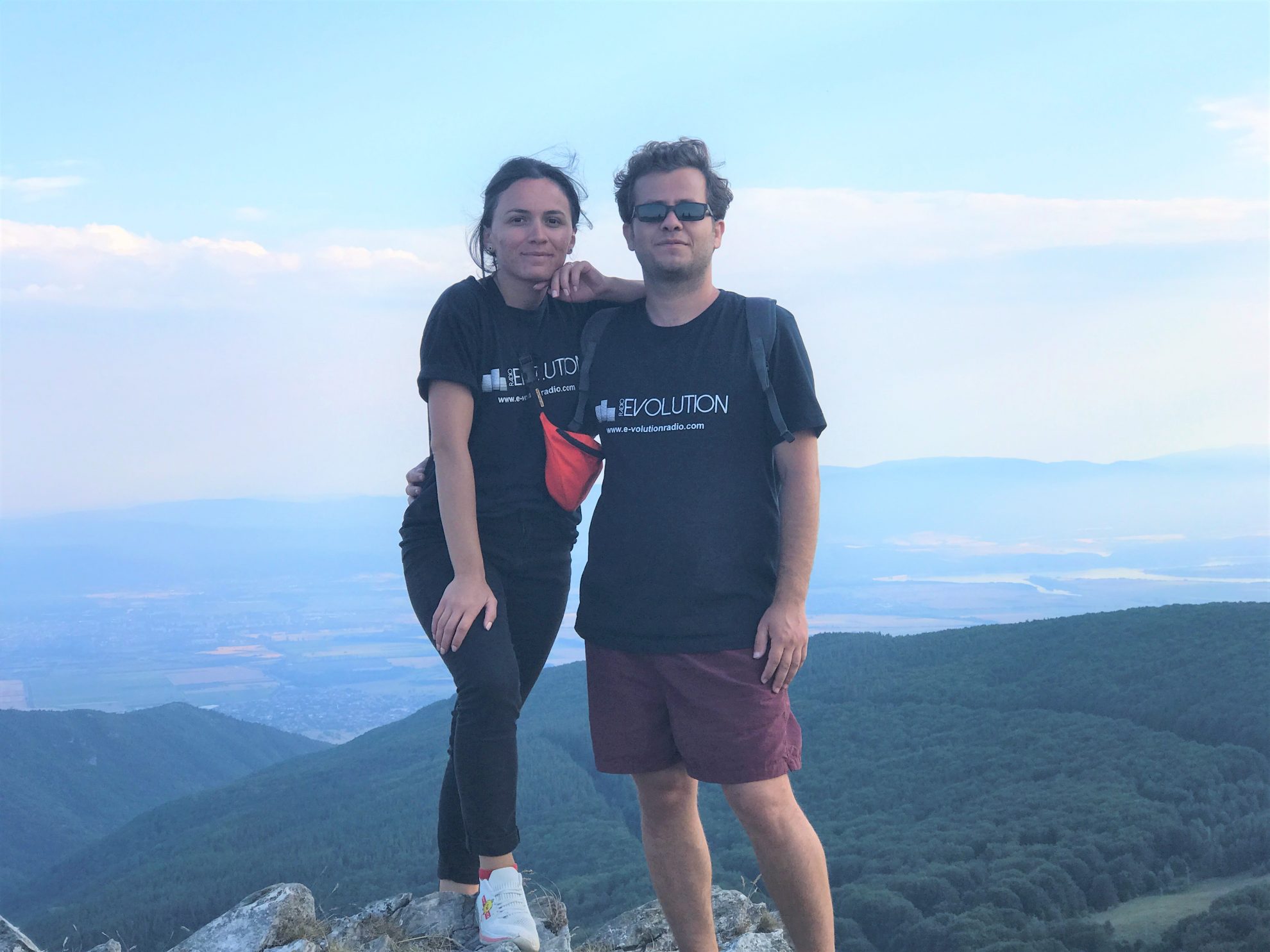 We are volunteers in Radio E-volution of Sliven.   On 16, 17 and 18 July 2020, was held the march on the Battle Road of the detachment of Hadzhi Dimitar and Stefan Karadja, where we took a part in. We met a lot of people and talked with them. Our three-days walk was very exciting and full of adventures.

On the first day, we arrived in a very beautiful villages Hadjidimitrovo (Хаджидимитрово), Karaisen (Караисен) and the village of Gorna Lipnitsa (Горна Липница). People were praying front of the historical monuments and were saying the history of the monuments. 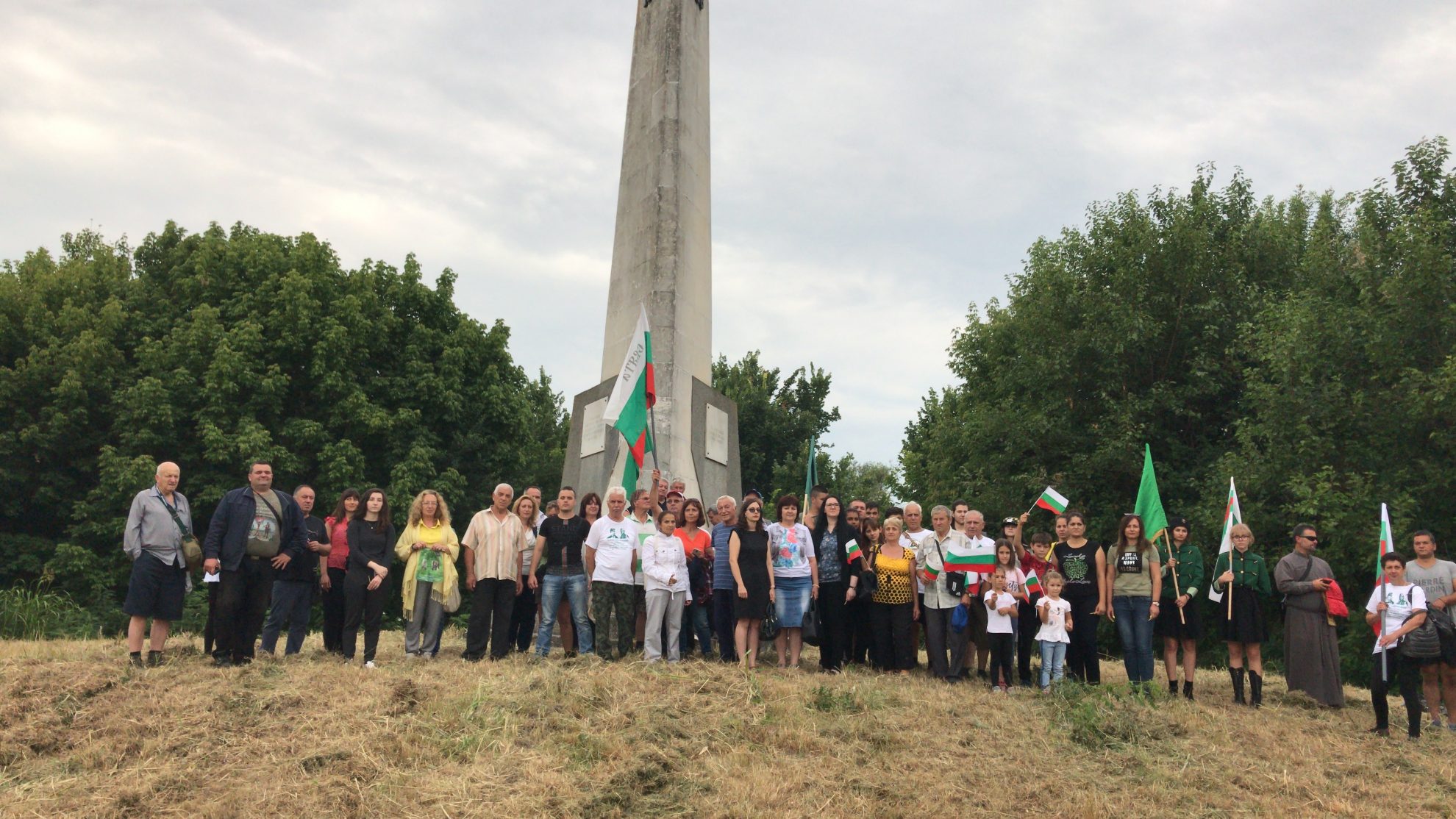 It was such an amazing feeling. I saw that Bulgarian people respect the history and never forget it. Some young people were dressed in a traditional clothes and held flags. It was very beautiful to see. At the end of the day we arrived in the village of Vishovgrad (Вишовград) for sleeping in tents. Before sleeping we put out the bonfire. It was very nice. We were in the beautiful nature with great people.  Second day was also busy. We saw other villages and historical monuments, walk a lot and listen history of Bulgaria. We went to the village where the brother of Hadji Dimiter lived.  For me, the most interesting and impressive place was Buzludzha. It is very beautiful place ever. You can rest and have a fun a lot.

On the thirs day we continued our trip from Buzludzha to Sliven. On the way we saw another historical monuments and performed the same traditional ritual. We were at the monument of Hadji Dimiter and I want to tell u a little bit about him. He was one of the most prominent Bulgarian voivode and revolutionaries working for the Liberation of Bulgaria from Ottoman rule. Dimitar was born in Sliven. When he was two years old, his family went on a pilgrimage to Jerusalem, from which point onward, Dimitar was considered to be a hadji (хаджия). During that three days we were listening the story about Hadji Dimiter and for me it is clear how much people respect him. The band of Hadzhi Dimitar and Stefan Karadzha was established in Romania in 1868.

Many of the members had been participants in the unsuccessful Belgrade-based Second Bulgarian Legion. Dimitar’s band crossed the Danube at Vardim in a sail boat on 5 July and engaged in a battle with an Ottoman pursuing party of a thousand men in the vineyards of Karaisen, near Pavlikeni. The band managed to give the enemy the slip and reached the territory of Gorna Lipitsa. A second battle followed there on 7 July, in which the band caused considerable damage to the Ottomans while only losing one member and two others being wounded. The band proceeded to Vishovgrad, where it also fought on 8 July. On the next day, not far to the south-southeast, there was a bloody fight in which Karadzha was wounded and captured, and the band was defeated. The remaining 58 members proceeded to the Balkan Mountains under the leadership of Hadzhi Dimitar, only to be crushed at Buzludzha Peak on 18 July. After being defeated in this last battle, leader Hadzhi Dimitar, heavily wounded, was carried on a stretcher by his surviving comrades away from Ottoman army, up Mount Kadrafill, 3 km from the village of Svezhen. There he and his comrades were supported by the local people with water, food and herbs, until his death somewhere around the middle of August 1868. He was buried beneath the same mountain. On 6 November 1880, his bones were reburied in the yard of “St.Peter and St.Paul” Church in the village of Svezhen. The funeral service was conducted by the Bishop of Plovdiv Gervassius of Levkia, who made Hadzhi Dimitar a martyr. After nearly two months, the bones of the hero were requested by and given to his mother, who brought them to his birthplace in Sliven.
I felt that the land where we were going might tell us a lot of things. This three days gave me a lot of information about the history of Bulgaria. we are very happy because we were part of this. Bulgaria is one of the oldest country with a huge history.
We want to say thank to Hristo Batinkov, who orginized this trip, for safe and interesting trip. Thank all of the participants for their hospitality and friendly environment. 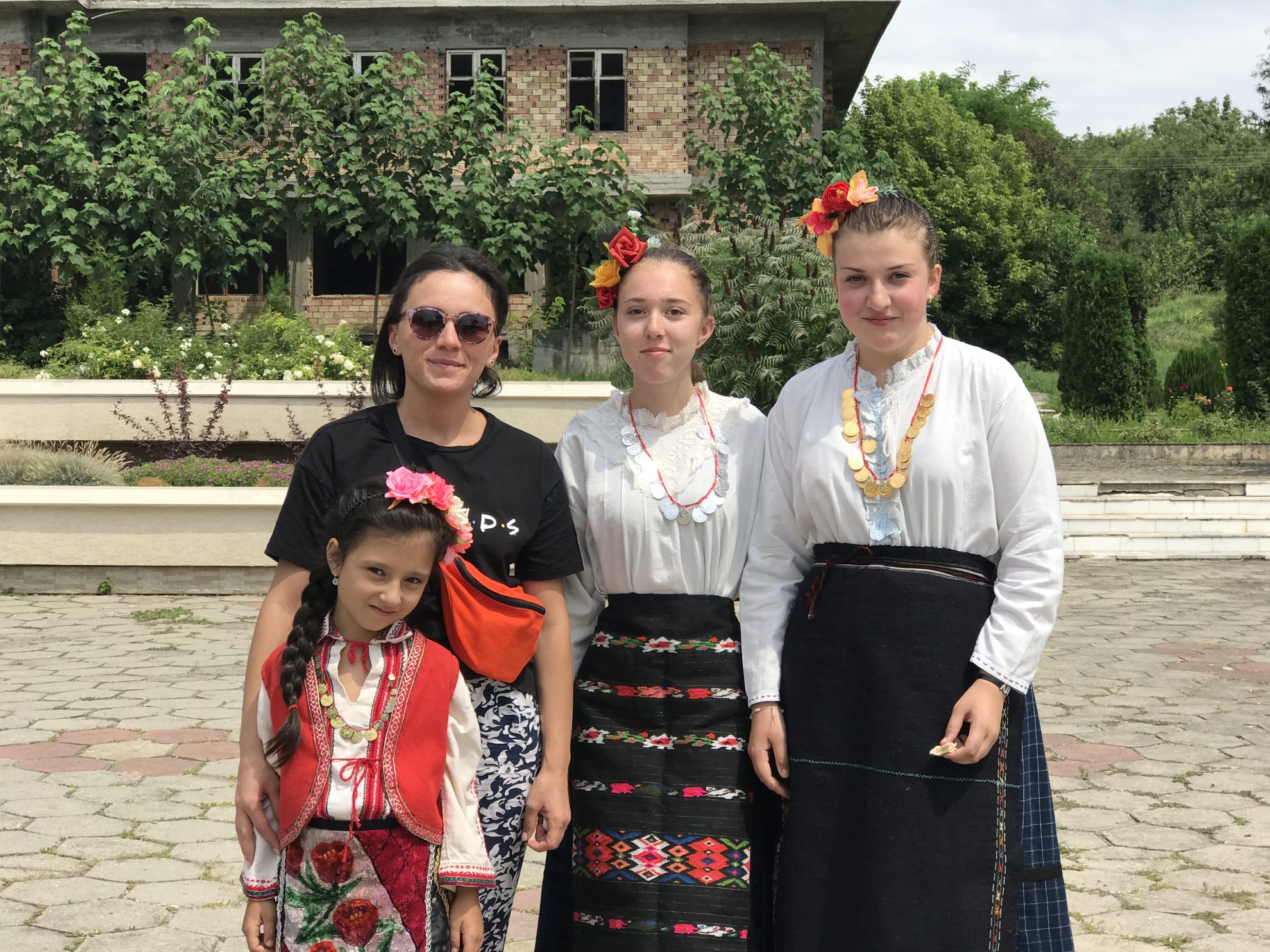 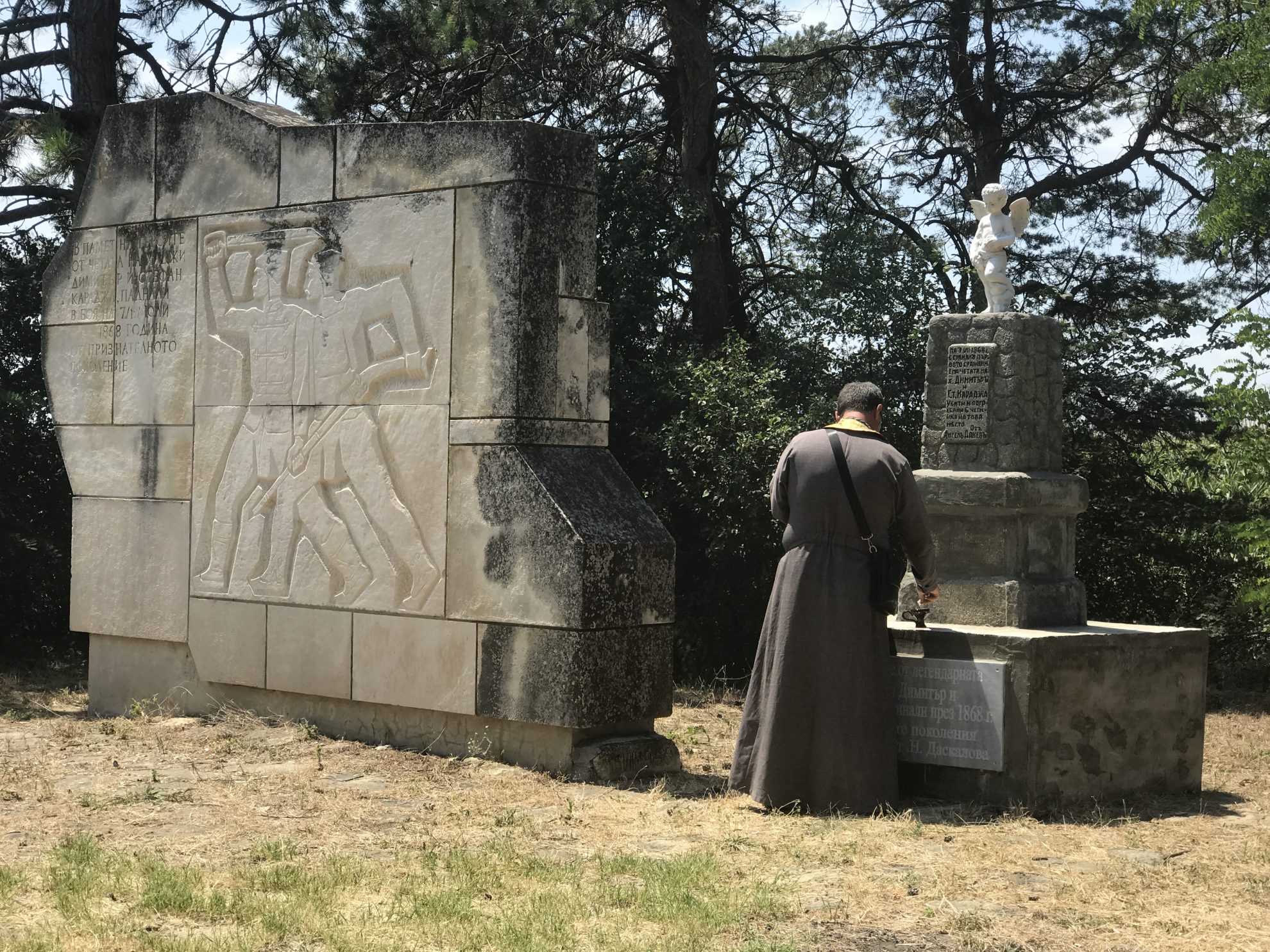 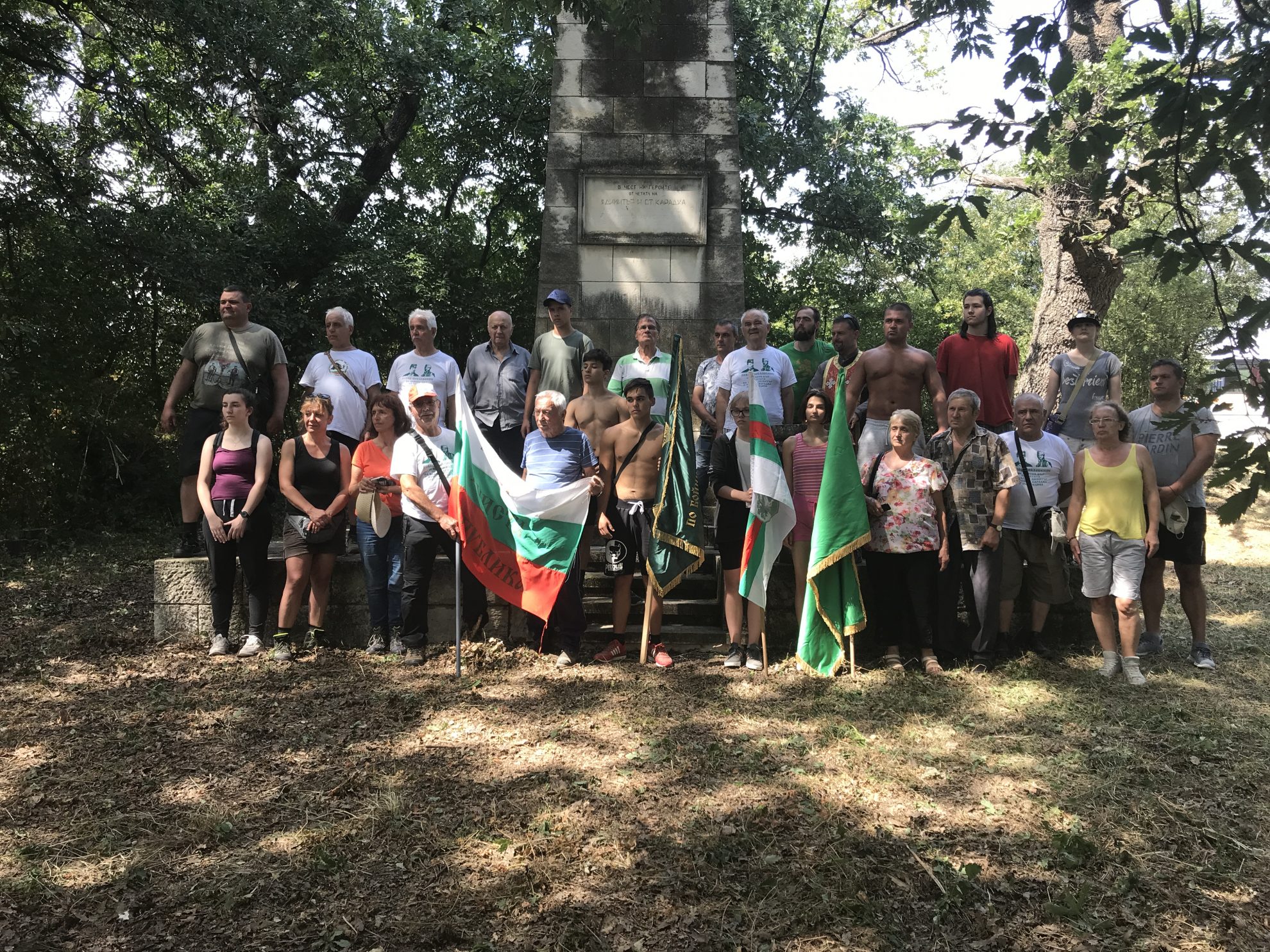 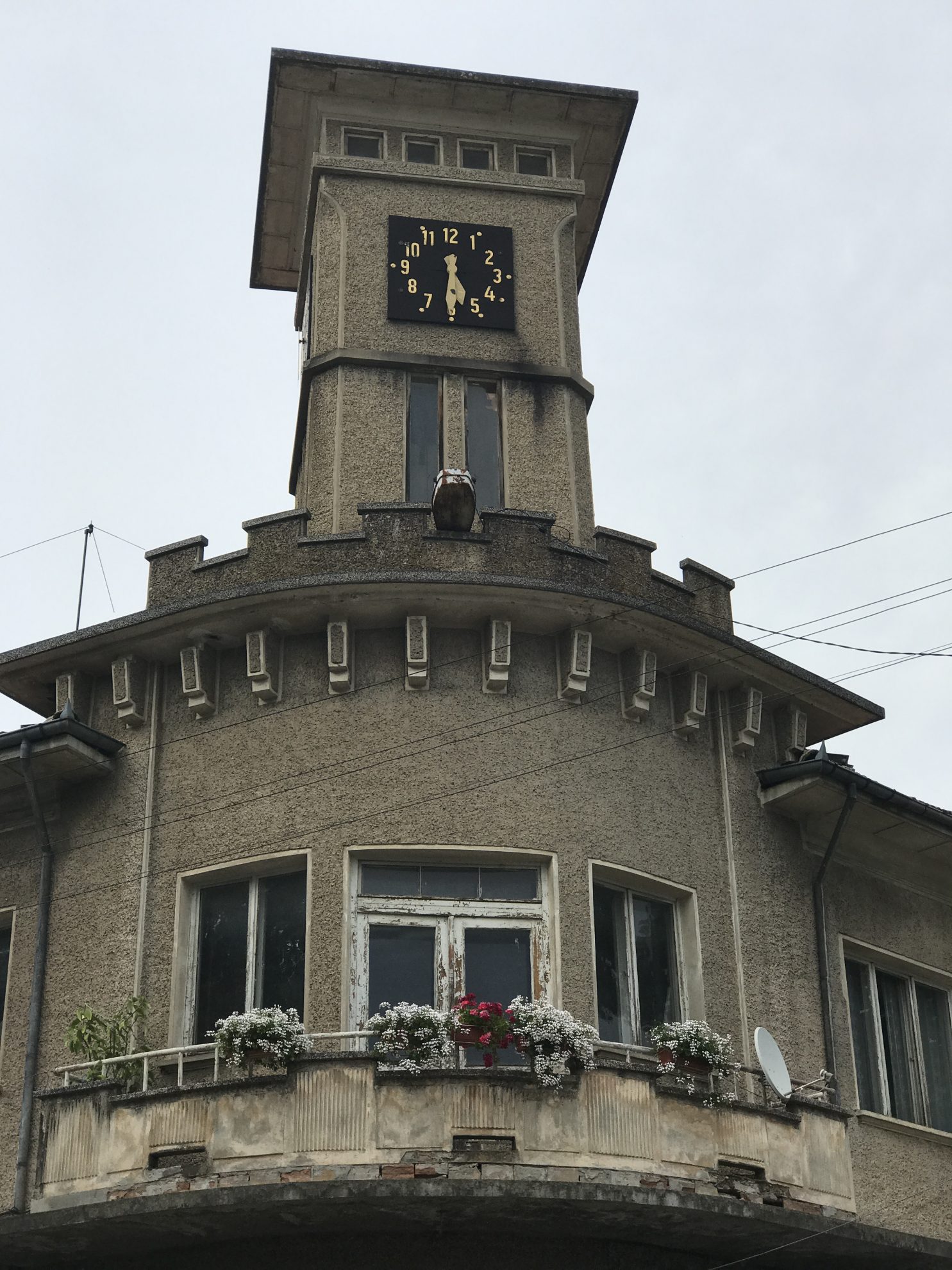 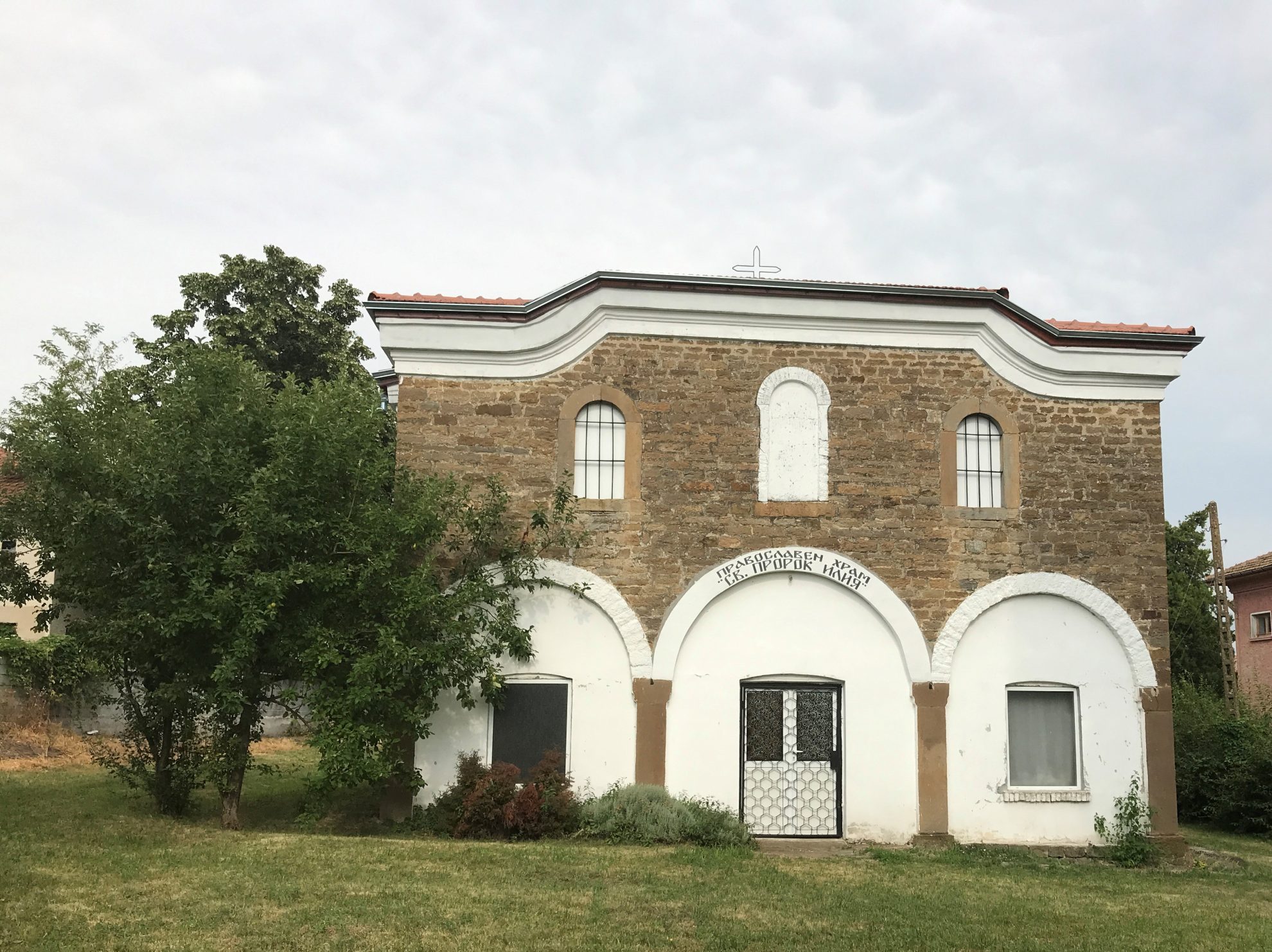 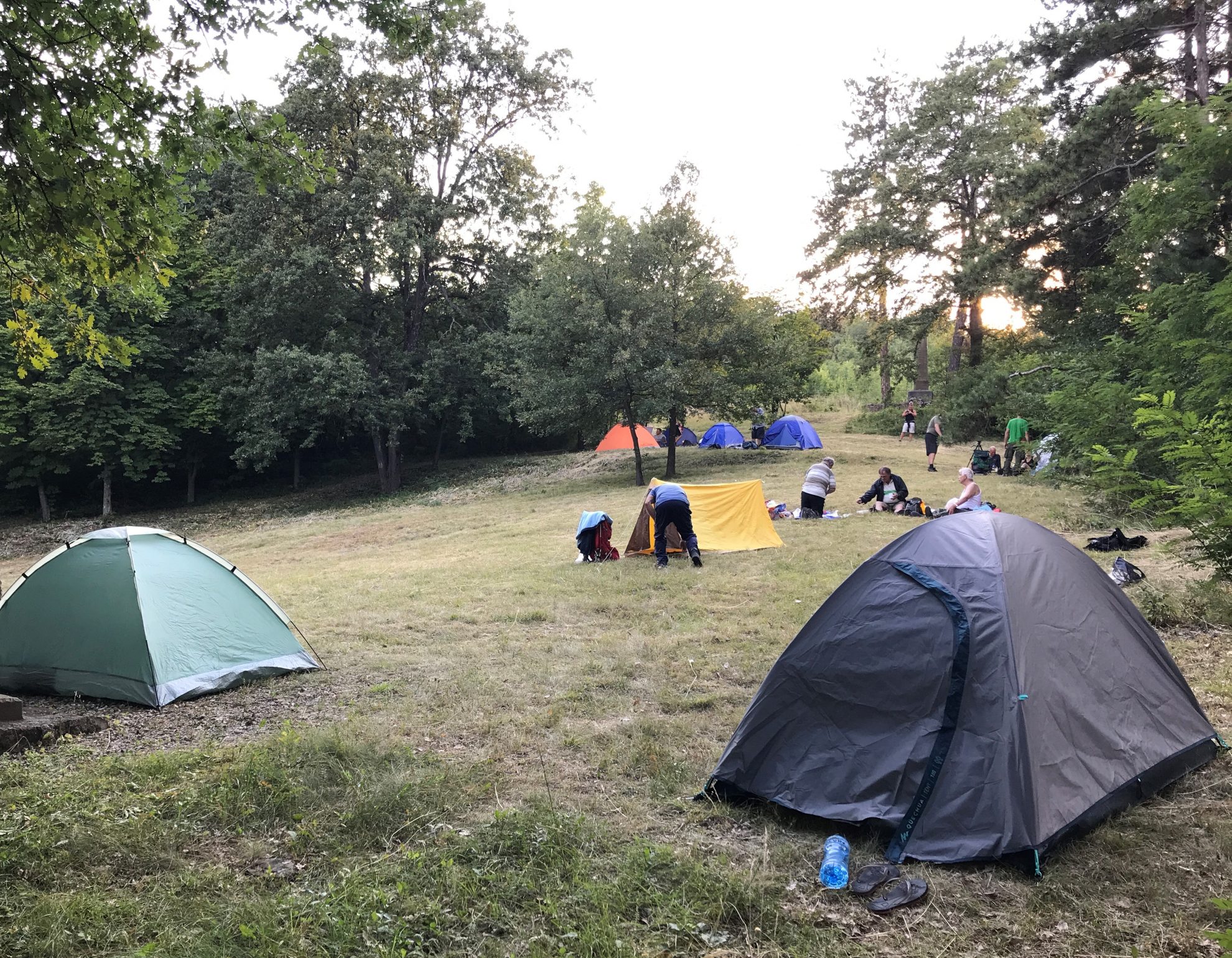 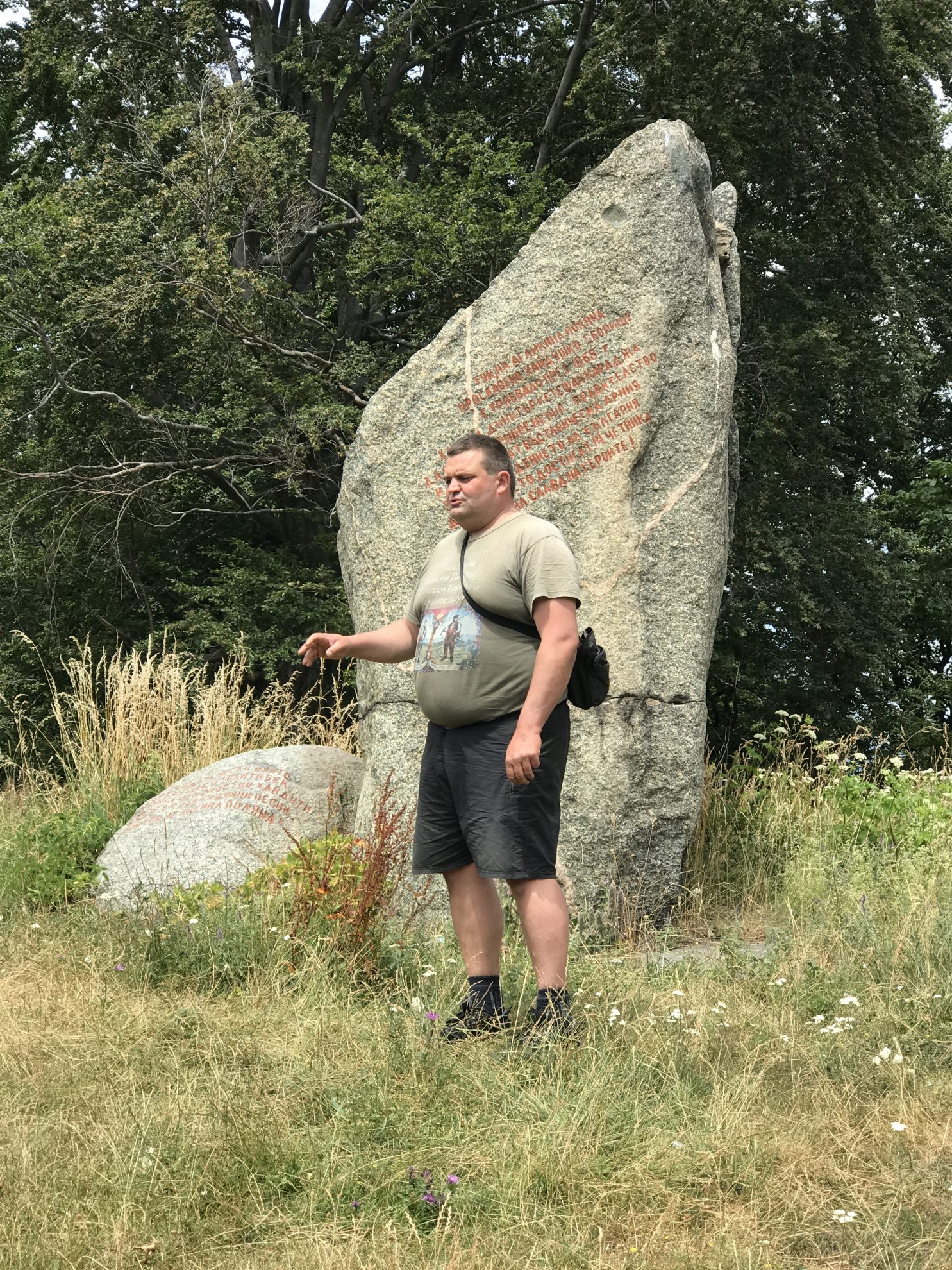 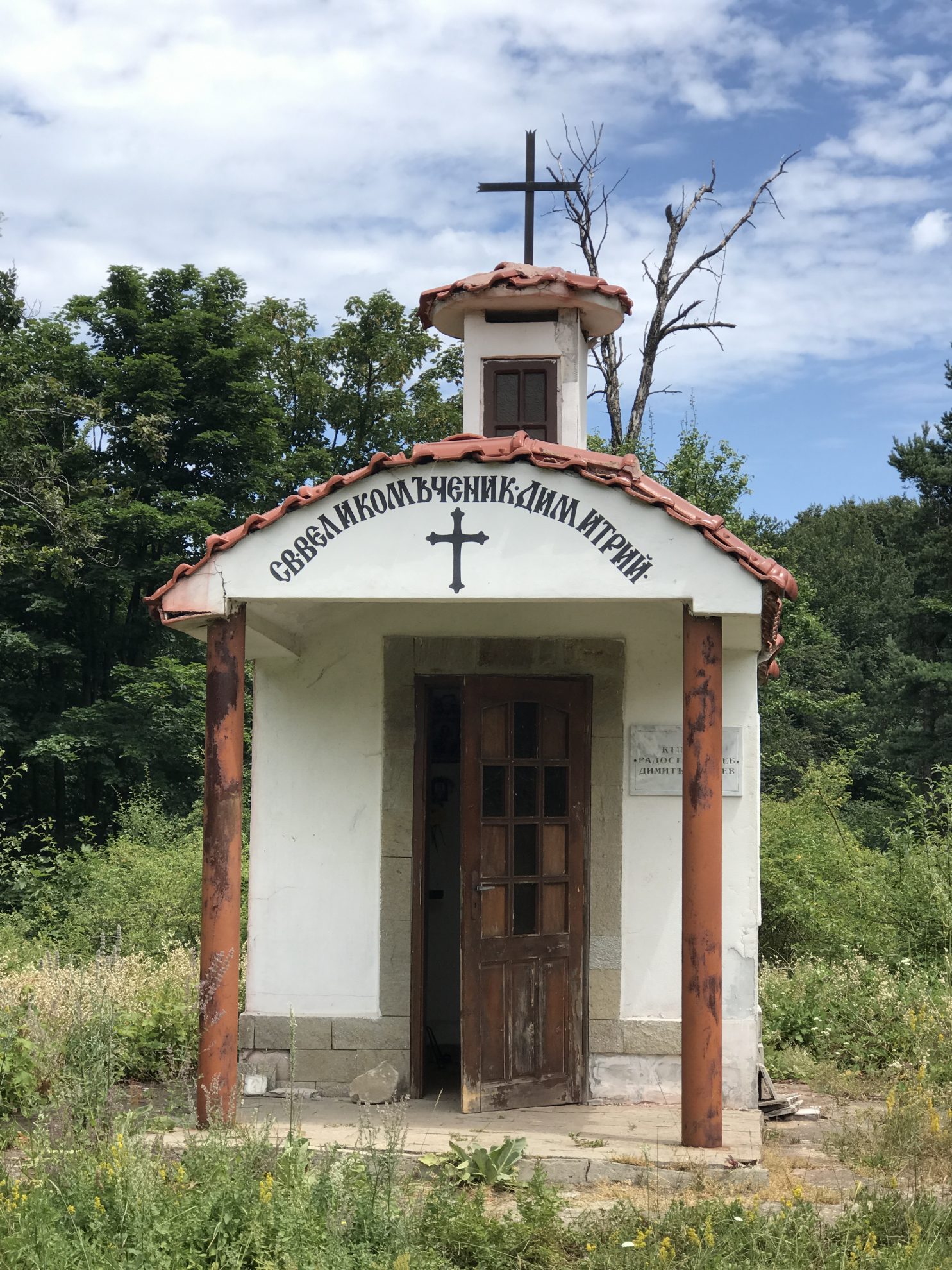 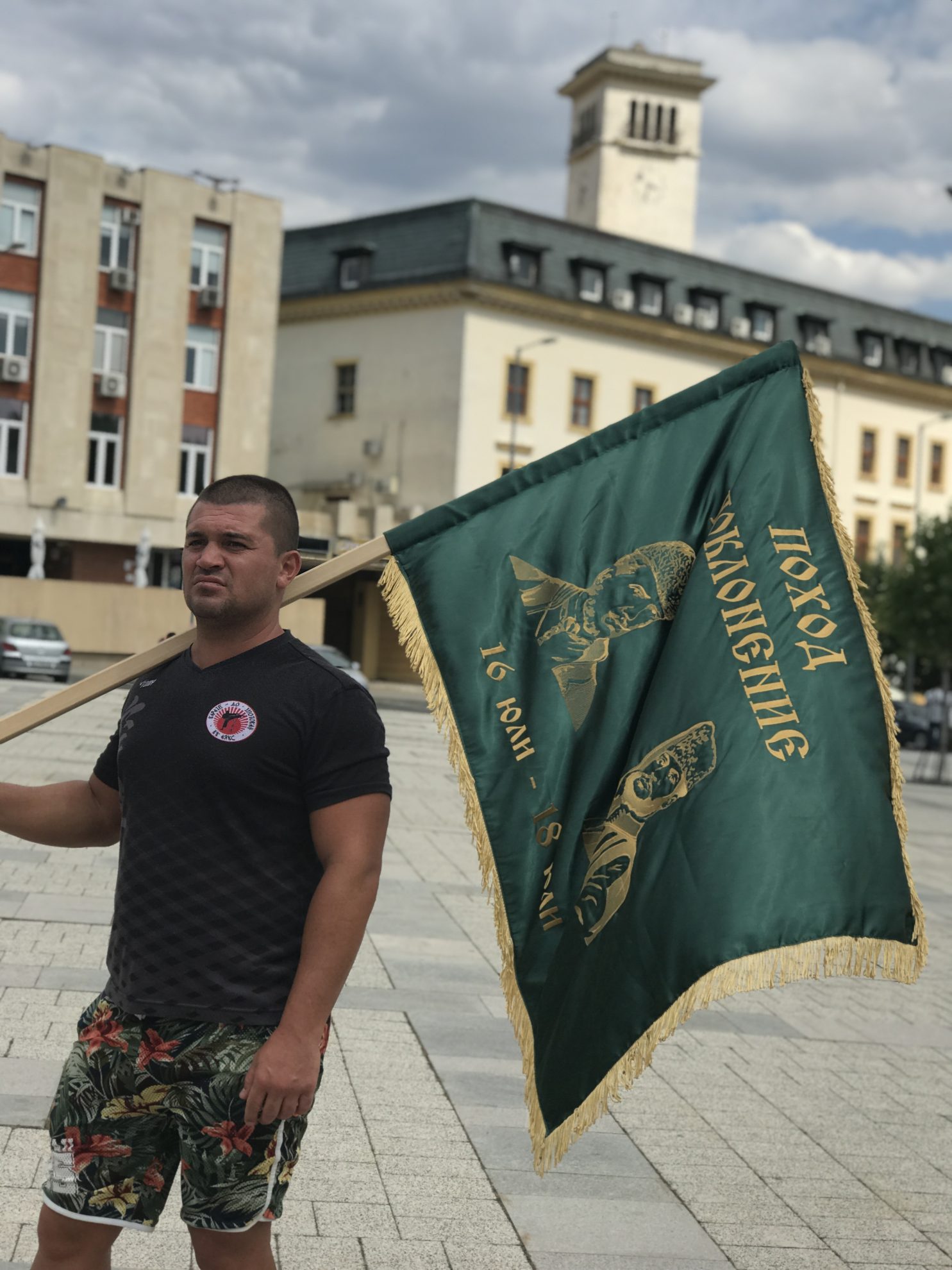