The harvest festival in Tervel

The harvest festival is the name of a celebration which is held at Tervel. This year was the second edition of the event organized by Tervel municipality. 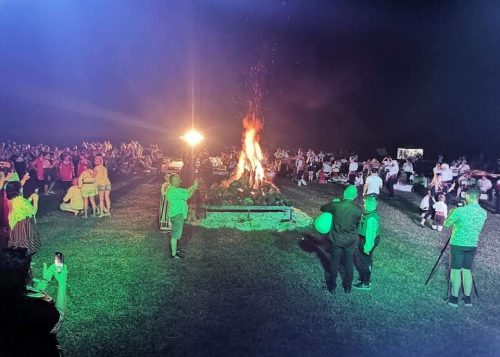 The festival revived the old Bulgarian traditions. The Tervel region is known in Bulgaria as the capital of bread. The “harvesters” thanked the earth for the bread and the harvest. All the present wore their folk costumes, enjoyed local dishes, danced “Dobrudjanci”- a folklore dance with heavy steps, under the sounds of traditional musical instruments, sang, and had a good time together.

This year 1000 people attended the festival in the stadium of the city of Tervel. The participants wore their traditional clothing. Some of them had gloves, belts, aprons, ribbons, and Bulgarian embroideries from their grandparents.
During the festival, the mayor of the city Simeon Simeonov thanked the guests then quoted the Balkanian explorer Konstantin Irechek’s words- “In Bulgaria, people sing a lot, not only when they have fun, but also when they work – especially when they harvest the fields “. 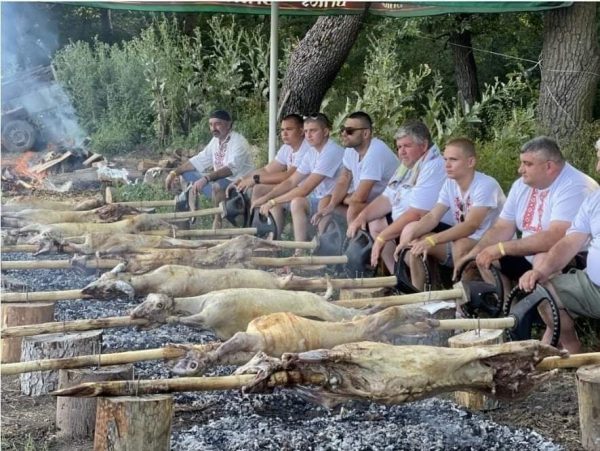 Maia Evsia is a volunteer in the European solidarity corps. In 2021 was the first time when she celebrated the harvest with the natives. “ Although I lived in Travel for a year as a volunteer it was the first local festival for me to attend as a former volunteer and a guest. It is an interesting event that presents the traditional look of Bulgaria. I am happy that I had the chance to be here”- said Maia. 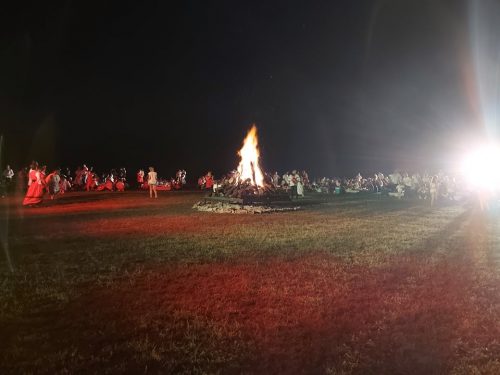 Ivan Vilchev from Tervel shared with us his impressions from the festival -” When you are in this place, you get to understand what it is like to be a true Bulgarian. When the Gaida(a bagpipe from Southeastern Europe) starts to play, then your legs play too. You cannot help but feel the emotion… You share it with all the others, even though you do not know them”.
The festival was held at the end of June.