The day of the giant of Gothic prose

The life of American writer Edgar Allan Poe was full of strange mystical fortunes and terrifying upheavals. The mystic and romantic writer who laid the foundations of modern detective fiction lived only 40 years. 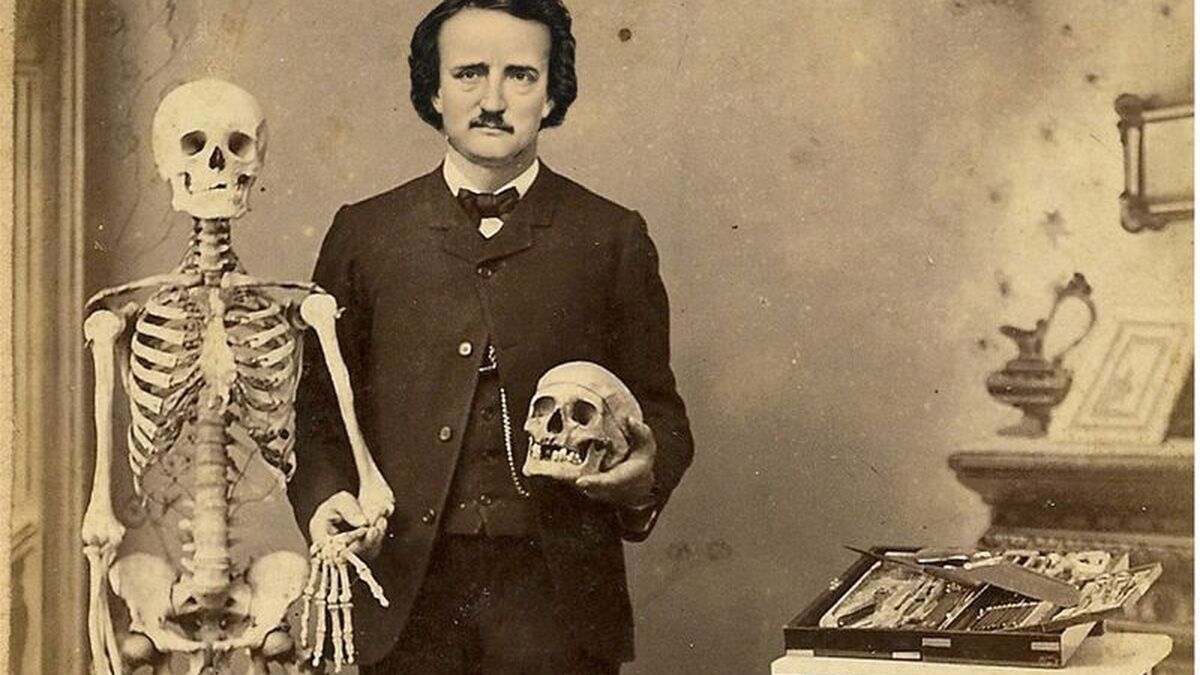 Edgar Allan Poe is best known for his “spooky” and mystical stories and his highly unusual poem “The Raven”. Edgar Allan Poe, one of the Gothic Literature’s giants, set the standard for the genres of spooky stories and characters and for what it means to be portrayed as a Goth in portraits. Dressed in black, haunted, sunken eyes, Poe’s bad-boy behaviour, excessive drinking, spiteful feuding with other writers, and harsh criticism of other literary works would suit as well for funk-punk as for the literary magazines where.

Edgar Allen Poe was born on January 1, 1809, in Boston, Massachusetts. His parents were actors and separated when Poe was young. He was orphaned at the age of two after his mother and father died in December 1811. Richard John and Frances Allen adopted Poe and raised him in Virginia. He studied in England and briefly at the University of Virginia. After a brief stint in the army, Poe began his writing career. Initially, his poetry was not commercially successful. In August 1835, he began working for the literary journal “The Southern Literary Gazette”. Due to excessive drinking, he started from scratch, but after a few months, he was named editor. He published some of his fiction and reviews but was primarily known as a critic.

Poe wrote of himself: “I come from those marked by the power of imagination… I have been called insane, but the question is far from settled whether insanity is not the higher mind and whether much of what is glorious and all that is deep comes from it. Because of the morbid state of thought, out of the peculiar moods of the mind, exalted at the cost of the loss of sanity. “

Edgar’s literary career took off. Despite the economic crisis, America was reading his stories. Poe published a series of short stories and poems that established him as a master of American literature. Later works, such as “The Raven” in 1845, opened up new poetic ground. These poems and his theories of composition helped develop modern views on the aesthetic value of poetry and short stories. Poe’s artistic successes, however, were overshadowed by personal trials and tragedies. After he lost his wife to tuberculosis in 1847, Poe’s alcoholism and depression intensified.

The image of the dying young woman haunted him day and night. She appeared in his works under different names: Linor, Morella, Ligeia… But it was all Virginia.

On the evening of October 3, 1849, in Baltimore, an old acquaintance of Poe’s, Dr Joseph Snodgrass, owner of a local, received a note as follows: “Dear Sir! There is some rather shabby gentleman, known as Edgar A. Poe, near the 4th Ward polling place in Ryan’s Tavern, and seems to be in extreme distress, and he says he knows you, and I assure you – he needs immediate help…”

He was found poorly dressed, delirious, and unable to move in the street. He died four days later. Poe’s last words reportedly were, ‘God help my poor soul.’

Poe’s works integrated seamlessly with the modern concept of horror and science fiction. He used his instinct and imagination to create compelling stories that influenced other authors.