A glance at the Bulgarian revival

What is the feeling of touching the traditions, the lifestyle and the creative spirit of a people’s past? And what is it to document all this in a movie made on your own scenario and idea? Definitely awesome!

More than thirty people attended the premiere of the documentary “A Look at the Bulgarian Revival, which took place in the City Garden of Sliven on June 21. On Friday night, the open-air viewers remembered and became more acquainted with some of the most characteristic crafts from the period of our renaissance, developing very actively in the 19th century. The film presented us weaving, church-making, cowbelling, wood-carving, making bagpipes and guitars through the eyes of young people from different European countries, such as tvede to some of the most distinctive and remarkable places and towns in Bulgaria: Gabrovo, Tryavna, Kotel, Smolyan, Zlatograd.

A glance at the Bulgarian revival

is the first documentary of the Society “Love for Romance, Flowers and Space”, part of “Puzzle Bulgaria”. The film is made with the huge help and energy of the volunteers participating in the project “Youth Transmitter – Meetings with the Locals” under the Erasmus + Program in Sliven from the countries of Northern Macedonia, Italy,

Latvia and Bulgaria. The created film marks the end of the five-month creative work of the team consisting of writing a script, arranging the shooting process, traveling, video editing and audio editing. Five months, filled with excitement and demand, hard work and teamwork.

One of the leading filmists Mihaela Mihaylova summarizes the process and the experience:

“At the beginning of 2019, during the mumble games, we began our adventure of studying Bulgarian crafts with great curiosity and excitement. The first place we visited was the only one of its kind in Bulgaria – Etar, which represents a reconstruction of the Bulgarian lifestyle and culture from the region of Gabrovo in the 19th century. Then we headed to the small mountain town of Tryavna, famous for the Tryavna Art School and the National School of Applied Arts. There, the director of the school Orpheus Mindev introduced us in detail his history, the carving school and the iconography.

Fascinated by the old part of the town and the sand coffee, we headed for Zlatograd to taste the famous “turn” coffee prepared in an old gold recipe. A stop on the way of course was, of course, the Zlatograd Areal Complex, where there is still a wardrobe workshop – a craft that is practically not practiced. Our journey passed through the small but charismatic Rhodope towns, where we enjoyed the famous Rhodopean caba baga and learned more about making bagpipes from the famous Smolyan master 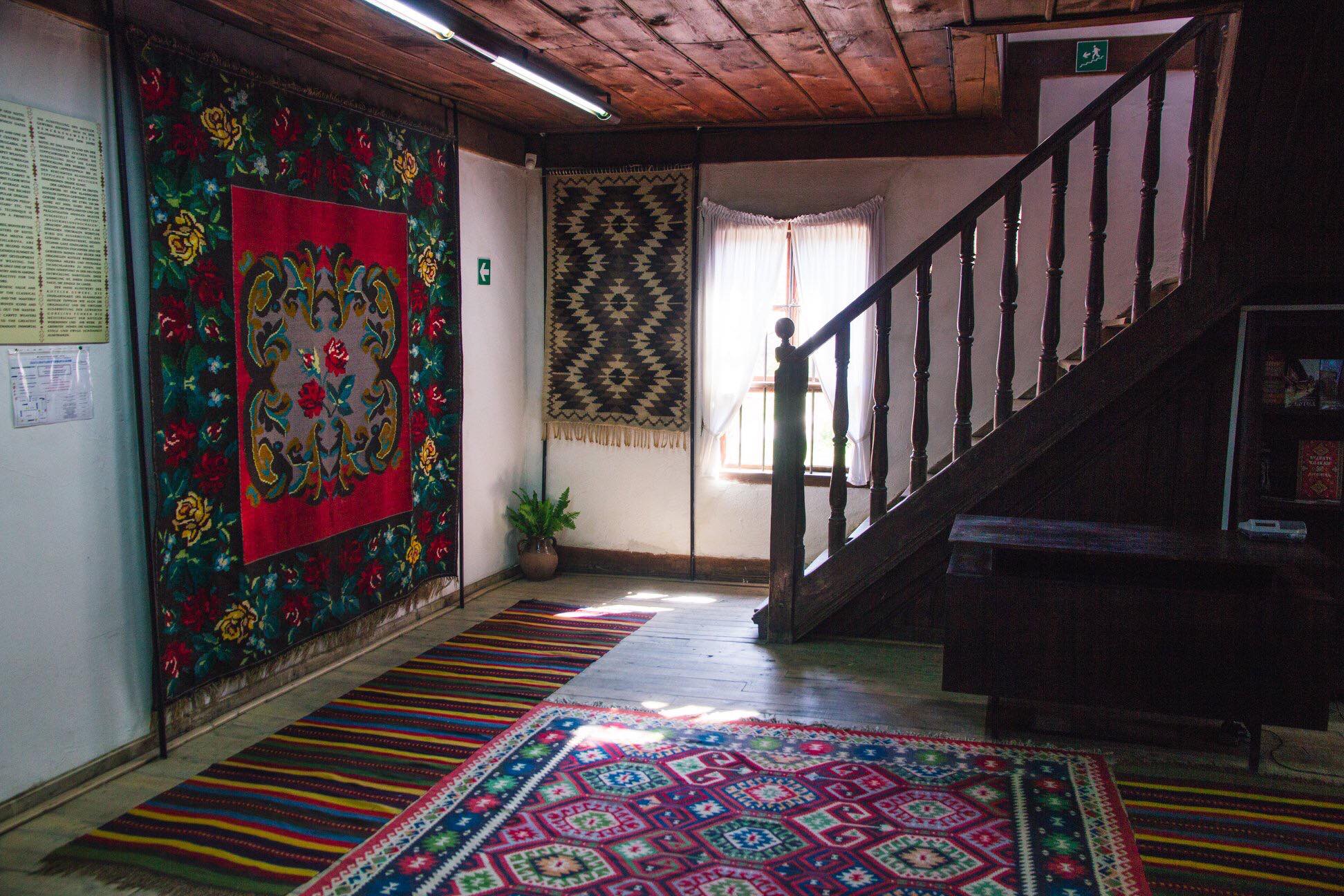 Kostadin Ilchev. The final stage of our voyage was the old center of the carpets in the country – Kotel. There, we enjoyed the colors and uniqueness of the classic Kotel carpet.

Unfortunately, our journey is over, but at the moment we are endlessly happy, because for a moment we were part of the life of the Bulgarian and the spirit of a past times.

“Link to the film “A glance at the Bulgarian Revival”: